People should have to get a license to become a parent.

Although most parents take good care of their children, there are some people who are an exception.

The frightening images below were taken by a women who was shopping at a Walmart store in Texas – and thousands of people are furious at the dad in the pictures for treating his daughter the way he did.

Luckily, the woman dared to speak up.

Erika Burch was shopping for groceries at a Walmart in Cleveland, Texas, when something caught her attention. A little girl was leaning against her dad in a strange way.

Erika looked closer and, to her horror, she saw that the dad had grabbed hold of his daughter’s hair and was pulling her through the store. 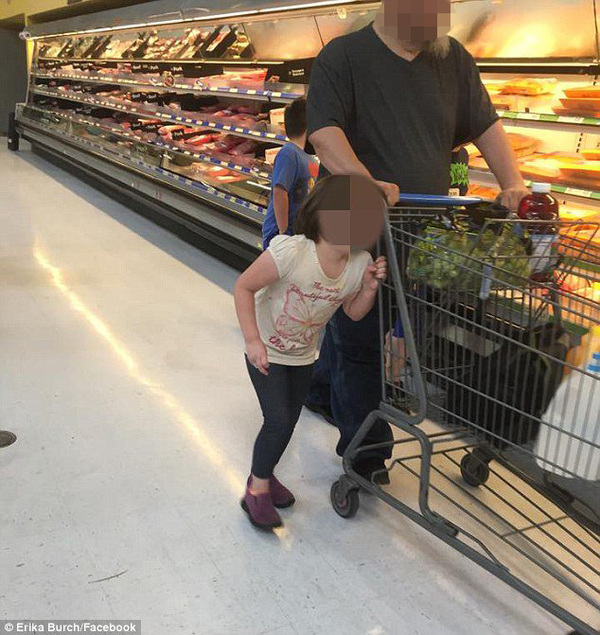 The event took place last September, and Erika told CBS that she noticed the girl protesting.

Erika confronted the dad and asked him to let go of his daughter. But the man just said that Erika should mind her own business. But Erika refuse to idly stand by and instead, she picked up her camera to get some proof of the abuse.

Erika then reported the man to the Cleveland police.

Unfortunately, though, they said they weren’t going to follow up on it. They pointed out that there wasn’t any evidence that the little girl had been hurt. The police noted that the girl didn’t have any bruises on her body – and they said that the dad has the right to discipline his daughter as long as he doesn’t hurt her.

Erika maintained that this was an unacceptable way of punishing a child and posted the image on Facebook, where it was shared thousands of times.

The event was picked up by the media, which finally prompted the police to take a closer look. Social services also investigated whether the hair pulling was child abuse.

I’m so glad that Erika stood up and reported the dad to the police! Grabbing a child by the hair is definitely child abuse.

If you see a child being abused, don’t hesitate to step in. Please share this story to alert others that this actually happens and that it must be stopped!