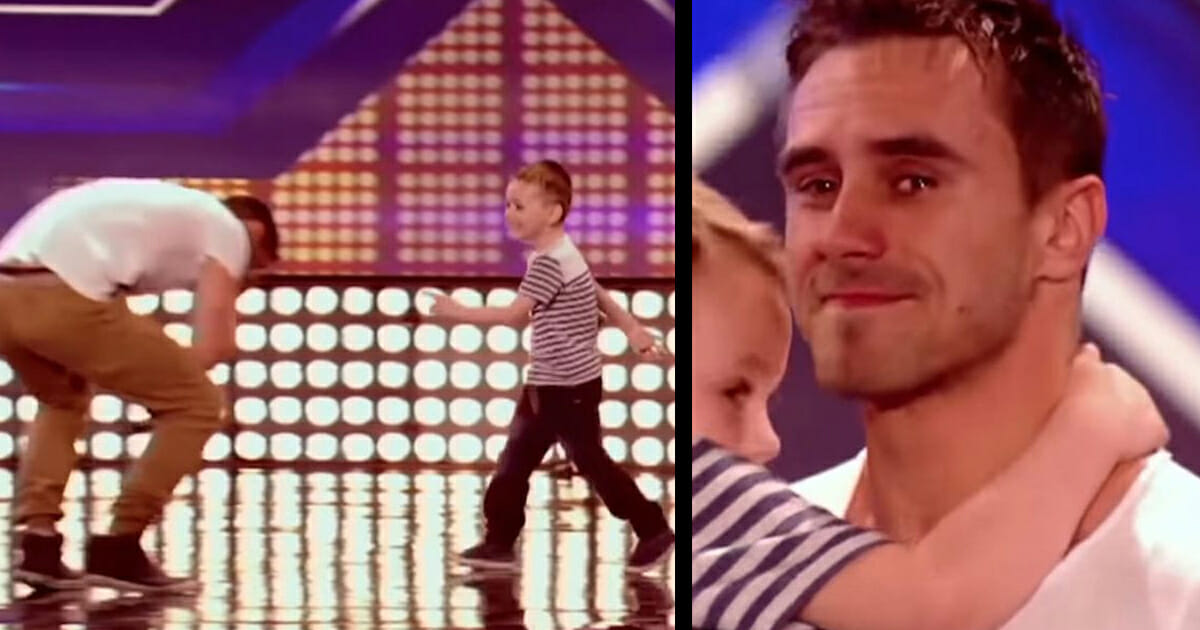 There are so many people out there who have a voice that belongs on the stage but they have they got that X Factor that could turn them into a star?

One show in the U.K. held auditions to find just that and with the audience’s help attempted to discover the next big thing.

When Joseph Whelan walked onto the stage of British talent show “The X Factor” he looked nervous, meanwhile the audience went crazy at the sight of him.

However, what was even more impressive was the sound that came out of his mouth. The response was overwhelming and when his son joined him on stage, he couldn’t contain himself.

The video of him has gone viral and when you watch it you’ll understand why.

Joseph is a 26-year-old tool salesman from Wolverhampton in the U.K. who’s been playing in bands for years.

He’s also a dad to an adorable four-year-old who sadly no longer lives with him.

Before he goes on stage the 26-year-old talks about how heartbreaking it is to not see his son every day, as he no longer lives with his son’s mother.

Despite his burly, tattooed appearance, Joseph seemed nervous when he walked on stage. However, the ladies in the audience soon brought him out of his shell.

From his timid voice to the huge sound that comes out of his mouth when he starts to sing shocks everyone.

The ladies stop whistling and the judges look stunned. Meanwhile, his sweet boy sits back stage with the biggest grin on his face.

His sweet son, who clearly adores his dad, dances backstage, so proud of his dad singing on stage. It’s a heart melting moment.

After such a stunning performance, he gets a resounding yes from the judges but the best part is yet to come.

See the adorable moment when his son runs on stage and this hulk of a man is reduced to tears in the video below. Get your tissues at the ready.

There’s nothing like children to reduce a parent to tears. They are so precious.

Please share with all the people you think will appreciate this tear jerker of a video today.