There are many couples in Hollywood whose relationship doesn’t stand the test of time. I can imagine its hard to live your life under the spotlight with the world and his wife documenting your every move, not to mention the critical voices on social media.

But despite all these distractions there are couples who manage to make it, very happily.

One wonderful example of this is Hollywood movie star Pierce Brosnan and his journalist, author and television host wife Keely Shaye Smith. The gorgeous duo are celebrating 25 years together and show that despite fame, age and all the physically changes that accompany it —  true love never dies.

Pierce Brosnan is one of the most famous and well-known actors in history. He is a cinema icon, probably best remembered as Bond, James Bond where he stole the hearts of millions who watched the dashing Irish actor play agent 007.

#HotelDuCap …a night to remember… photo by #Greg Williams

On our screens Pierce has played quite the Casanova in numerous roles, surrounded by beautiful women. But despite the fact that on screen he seems to be in love with all his co-stars, in real life he is a family man.

Behind the camera life is all about his children and his role as beloved and loyal husband to wife Keely Shaye Smith.

Pierce and Keely have been best friends, companions and lovers for 25 years! 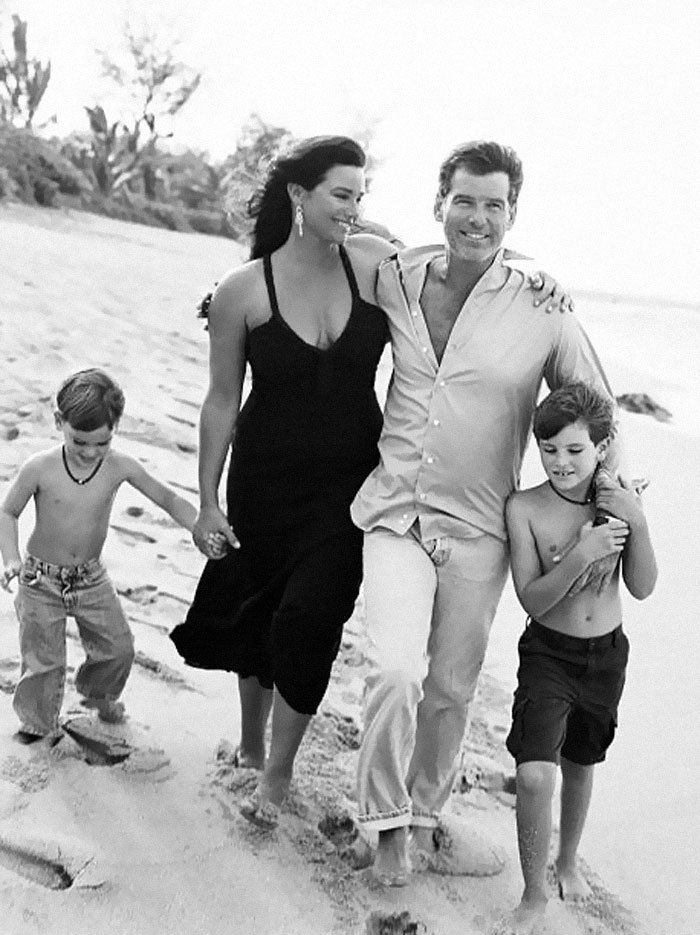 The couple began dating in 1994 and have been married for more than 17 years.

The love that I love my Keely Shaye happy Valentines day … and to each and every one ??????

Keely and Pierce met when she was sent to interview Ted Danson and ended up connecting with Pierce instead.

“He was captivating,” Keely told People in 2001, according to PopSugar. “Tall, dark and handsome, everything that everybody would immediately be attracted to. He had this mischievous sparkle in his eyes. I thought, ‘Wow! Wow!'”

Pierce knew that Keely was something special. In an interview with The Independent the actor explains why he fell in love with his wife.

Look at us ! Look at you my love …You still take my breath away …"Die Another day" premiere

“I love her vitality, her passion. She has this strength that I wouldn’t be able to live without. When Keely looks at me, I go weak,” he said.

The couple married seven years after they met. They had a romantic wedding in Ireland. And today their love remains as strong as ever, if not stronger.

Congratulations my darling Keely on your 13th award for @poisoning_paradise! Outstanding and courageous work. See you all at the Newport Beach Film Festival … April 30th… 5:00pm at the Triangle Theatre.

Pierce revealed in an interview with People how they have managed to keep their love alive despite him working away a lot.

“My wife and I took a short road trip up to Santa Barbara — we were going for a romantic weekend and to look at houses and drink great wine,” he said at the time. “We didn’t listen to any music, but we just listened to the sounds of each other’s voices and sorted out the world.”

Oh what a night …magic!

Still the one xx

The couple have two children and they are one of the most solid and long-lasting couples in Hollywood.

The years have passed and the two have changed physically, but the love, respect and affection they both feel for each other remains the same.

A great night out with my family… so proud of Keely's work on her documentary "Poisoning Paradise."

It is fantastic to see such a lasting and beautiful love.

Also, it is inspiring to see such a famous actor so natural around his love. They are a great inspiration to us all.

Another night another year on …

It is not difficult to see the pure love that exists between these two people.

Today a lot revolves around the physical and the material things. That’s why it’s comforting to see how Pierce and Keely’s love is permanent and real. Long live love! Share if you agree.