It’s a sad case that some women who give birth don’t want their babies.

Thankfully, there are many people willing to adopt babies but some women don’t even think of that avenue.

When 27-year-old Sarah Jack Lockner gave birth to a healthy boy she was alone in a McDonald’s restroom — or so she thought.

A co-worker became concerned for Sarah, who had just finished her shift at the fast food restaurant and should have been on her way home.

When she walked into the restroom, she saw a pool of blood on the floor and found Sarah holding the baby face down in the toilet.

Just moments after the 27-year-old from Redwood City, California, had given birth she was holding her newborn face down in a toilet, according to a co-worker who discovered her in the bathroom.

According to prosecutors, Lockner gave birth to the baby boy while working as a cashier at McDonald’s.

She has gone into the bathroom several times during her shift complaining of stomach pains and a co-worker noticed blood on the floor.

A second co-worker went to check on Locker and looked over the stall to find a newborn facedown in the toilet, with Lockner’s hand on his back, prosecutors said, according to NTD News.

The court heard as the co-worker left the stall to call the police, which Lockner told her not to do, she heard the toilet flush.

Responding officers found the baby boy not breathing and without a pulse.

He was rushed to a hospital and placed in a medically induced coma, but has since recovered and is reportedly doing well and living with his father’s aunt.

Lockner was given four years of supervised probation and ordered to complete parenting classes after pleading no contest to felony child endangerment. 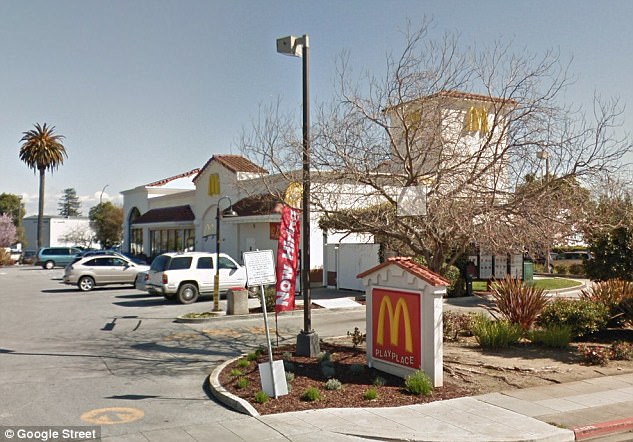 I’m glad her boy is doing well and is with family that love him. We hope he continues to flourish.