So many great things came from the eighties but probably the most memorable were the movies; so many classics which are still popular today: Back to the Future, The Goonies, Jaws, E.T. the Extra Terrestrial.

There was something from everyone but perhaps the one genre that shines more than the others during the eighties was Dance movies. Dirty Dancing, Flashdance and Footloose are still talked about today, along with their timeless soundtracks.

But one eighties movie seems to have got forgotten along the way: Girls Just Want To Have Fun? If you haven’t seen it, you’re missing out and here’s ten reasons why.

1. It’s a tale of friendship

Janey Glenn (Sarah Jessica Parker) moves to Chicago, starts a new school and reveals her love of dancing. She then meets up with the other star of the show Lynne Stone, played by Helen Hunt. They instantly become friends and start a fun journey to achieve Janey’s dream.

2. It gets to the point early on

As soon as Lynne finishes introducing herself to Janey, they go and watch Dance TV at the house were Lynne has a babysitting job. We know from the beginning that Janey wants to enter a dance contest and Lynne wants to be the star of DTV. Then we get to see dancing by the stars of DTV.

The first dance montage comes as a very entertaining dance contest where the girls are trying to make it to the next round. Janey impresses the judges with some serious flips and acrobatics.

Janey meets Jeff at the dance contest and immediately hit it off but he’s untrained and she’s a perfectionist; it makes for some very entertaining scenes.

This couple have their problems, including a character that wants them to split up, but Janey and Jeff are the center of some memorable movie scenes.

6. So much girl power

When Natalie tries to ruin Janey’s chances, Lynne steps in to help get back at her. It’s a great moment of fun combined with true friendship, as well as involving yet another great dance montage.

7.The lengths you go to for your friends

Lynne Stone is such a great example of how to be the best, best friend. Not only did she help Janey go after her dreams, she literally came to get her when her dad put a security system on her window. And she did it all with the best hairstyle ever.

So many fun dance montages, you can’t help but want to join in!

9. Even their parents can’t stand in their way 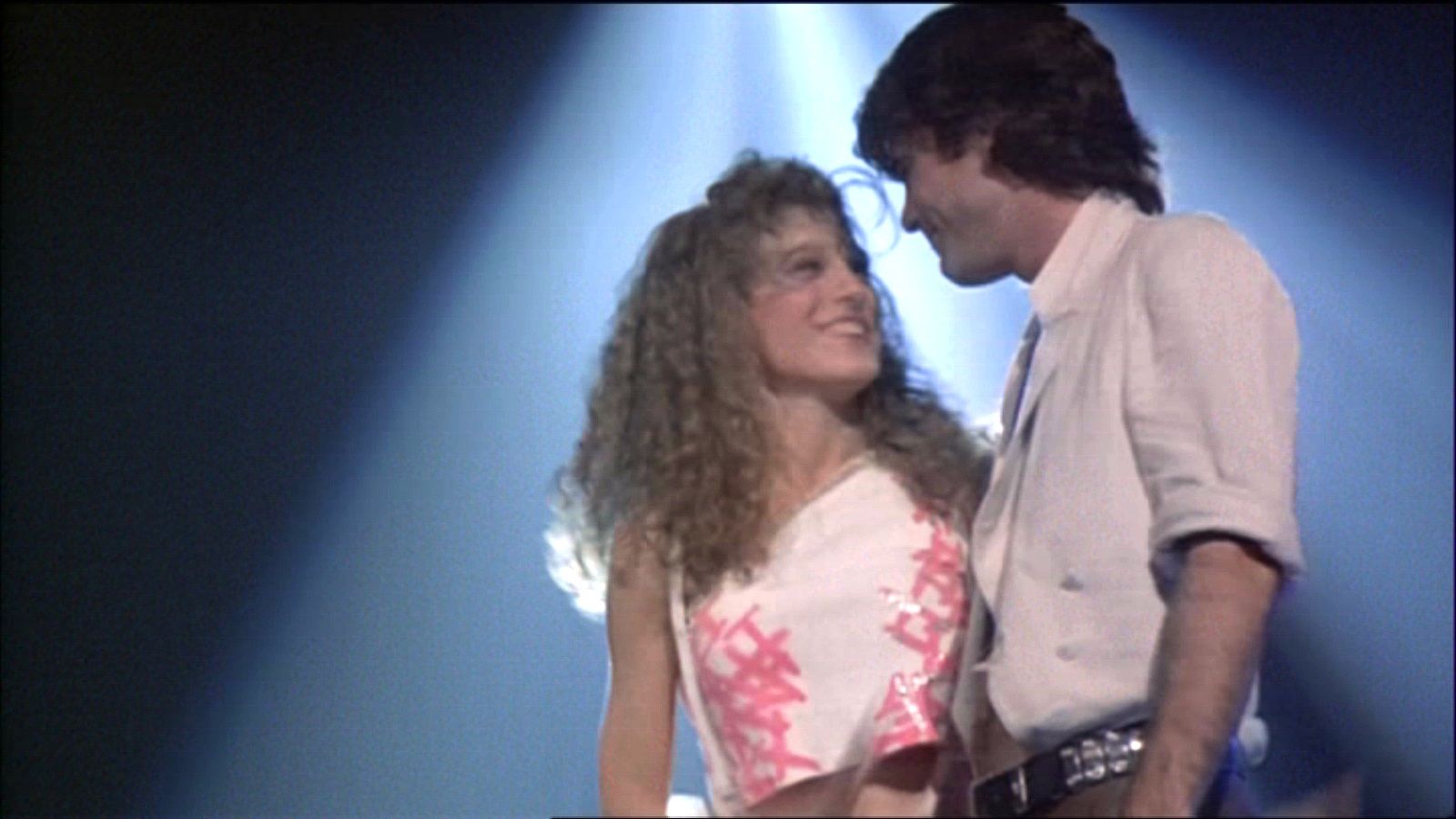 The dance routine that Janey and Jeff do is a serious rival to Baby and Johnny’s lift in Dirty Dancing. After all this movie did come out two years before Dirty Dancing.

10. The real winner is Lynne Stone

The real star of the show is Lynne Stone. When she comes out on that carriage as the new self-appointed queen of DTV, you feel like you’re there with her; she deserves all the success in the world, movie world of course.

So, if you haven’t already seen this movie, please watch it. It should be up there with all the top ’80s movies that are still popular and relevant today. Share if you agree!