When four Canadian teenagers decide to go skateboarding in an underground parking lot, little did they know the situation they were about to face.

They spot an inebriated young woman being dragged along by a man who claimed to be her father. It’s difficult to say what any of us would do when faced with this kind of situation but thankfully these boys were brave. What they did next led to them being hailed heroes.

Arnaud Nimenya, Carsyn Wright, James Hielema and Starlyn Rives-Perez knew that something wasn’t quite right with the situation.

“She was screaming and yelling. She just wanted to be out of there. She was all scuffed up and dirty,” Carsyn said.

One of the boys approached the man to ask him some questions about the situation, but he insisted that he was her “father” and that everything was alright. The girl didn’t contradict the man and the boys reluctantly decided to move along.

But instincts kicked in and they decided they just couldn’t leave her alone with this man and thank goodness they did! 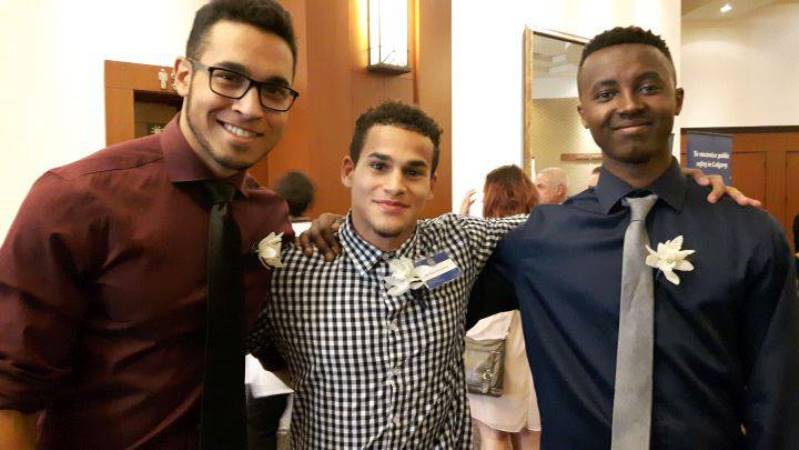 When the boys arrived back on the scene, they saw that the man was sexually assaulting the young woman. The boys sprang into action and when they all started running at her attacker he fled the scene.

“He was trying to walk out and walk away from us,” said Arnaud. “He pushed me aggressively out of the way, kinda like just gives me the smile, like, ‘I can do this. You can’t do anything about it.’”

Three of them chased him while the other boy stayed behind with the girl. When the boys caught up with the man he started attacking them with their skateboard but thankfully the police arrived on the scene and arrested the man.

Nobody was injured and the woman was safe, but the local police were so impressed with these brave boys they wanted to give them some kind of public recognition.

To thank them for their heroism, the police department invited them to the Chief’s Awards Gala. All four received an award in recognition for their exceptional bravery.

These young men all showed exceptional bravery that night, we can all learn something from their heroic actions.

Please share to spread this good example of how you should trust your instincts and never give up fighting for what is right.