One look at Hollywood movie star Ashton Kutcher and you’d think he had it all: good looks, a great sense of humor, and a charming personality.

He first entered the spotlight as Michael Kelso on That ’70s Show and went on to appear in movies such as The Butterfly Effect, Cheaper by the Dozen and Dude, Where’s My Car.

He married his former co-star Mila Kunis in 2015 and they have two children together. But behind the seemingly idyllic life he has the Hollywood heartthrob has experienced  his fair share of tragedy.

His twin brother, Michael, who was born with cerebral palsy and suffered a cardiac arrest when he was 13 years old that left him fighting for his life. Ashton knew that the only way his brother would survive was if he had a heart transplant and considered taking his own life to help him.

“I’m standing on the balcony, thinking about jumping off, and my dad comes out and says, ‘What are you thinking about?'” recalled Ashton, according to Hollywood. “I tell him. He comes over and says, ‘You can’t do that.'”

Miraculously, a heart donor was found that very day.

Ten years later he was hit by another tragedy when his girlfriend was murdered on one of their date nights. She was stabbed by a serial killer known as Chiller Killer. Ashton had to testify in court, which helped lead to the killer’s conviction. 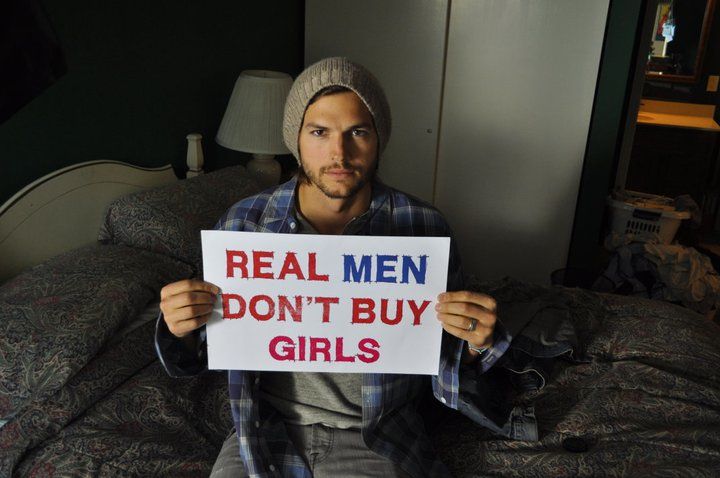 Now the prominent actor has decided to use his fame and fortune to help others. He wants to make the world a better place by fighting against human trafficking.

In a 2016 interview with the Today Show, he was asked what he needed people to pray for him about.

He said:  “You know what you can pray for me about – I got something,” Ashton said. “When Barack Obama was going into office I made a pledge that I would start fighting human trafficking.”

Now, Ashton is hoping people pray for him as he tackles his next goal – to eliminate child pornography from the internet.

Ashton Kutcher is using his fame and fortune to do something worthwhile – he is an inspiration to us all. This is such a worthy cause.

Please share to raise awareness and encourage others to help.