It’s a case that sent shock waves through the parent community: a mom ran over her 9-year-old son for refusing to attend school one morning.

According to the boy’s father this poor boy clung on to the car for 47 yards before falling to the ground where he was run over by the car’s rear wheel.

Her son suffered a fractured skull, traumatic brain injury, and broken bones, according to a local news station.

It’s a hard case to hear, but perhaps even harder is knowing that she received a 30-day prison sentence to be served over 15 weekends. 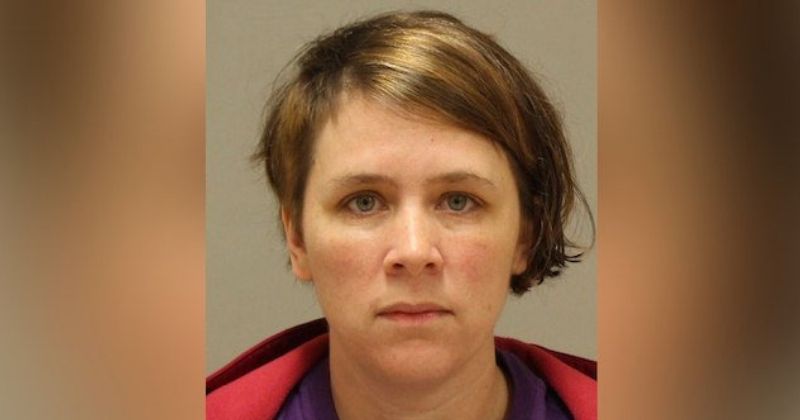 The 39-year-old single mom from Michigan will have to serve 15 weekends in jail for the offense.

It happened in December 2018 in the parking lot of the school where her son attended third grade.

During sentencing Kosakowski said she will have to “live with this” for the rest of her life, according to ABC 13.

Tiffany Kosakowski was in court this morning for a probable cause hearing. She is charged with child abuse and reckless driving. She ran over her son while dropping him off at school. She waived her preliminary hearing. All of the details will be on @wzzm13 pic.twitter.com/voAYWb8CGI

The son was then seen holding onto the handle of the passenger-side door when he lost his grip and rolled underneath the car.

The boy was then run over by the rear tire of the car and mom Kosakowski immediately stopped the car, but the boy had already suffered serious injuries.

Neighbors tell me Tiffany Kosakowski hasn’t been home since she ran over her 8year old son in the parking lot of Chandler Woods Charter Academy last Tuesday.

Tonight- Neighbors defend Kosakowski’s character and love for her kids as her son remains in critical condition @WOODTV pic.twitter.com/fs2a65htDF

Despite the horrific details many came out in support of the mom with numerous letters of encouragement being sent from those who attend her local church and parents from her son’s school.

The judge ruling over her case, said, “Of the 30 people who wrote the letters, I’ll be quite blunt with you – I am not sure all of them would be as supportive, if they, like I, watched the security footage of this incident which is simply inexcusable.

“It was really hard to watch, and I am not sure you would enjoy as much support as you evidently do, had that been widely distributed,” he added according to ABC News.

Tiffany Kosakowski pleaded guilty to reckless driving for running over her 9-year-old son while dropping him off at school and has been ordered to serve 30 days in jail. pic.twitter.com/VSBS4w82k9

The boy’s father John Rodriguez said he had not seen his son and twin sister in 5 years.

He described the last time he has seen his son and had taken him to a birthday party and compared it to the sight of him in a coma at Helen DeVos Children’s Hospital.

“His head covered in wires [and] tubes, and sensors in his mouth and all over his little body,” he said.

The dad described, with a shaky voice, the upsetting details of the police report on the incident which left his son in a critical condition.

“Investigators measured 47 yards, someone drove 47 yards swerving left and right to shake him off,” he said.

Hear more about what the dad had to say about this case in the clip below.

It’s hard to believe this mom only got 15 weekends in jail for this. What do you think about this mom’s sentence?

Feel free to leave your comments below and don’t forget to share it with your friends and family.