We all know how dangerous it can be to drive while using your cellphone and most U.S. states at least ban younger drivers from doing this.

According to the National Safety Council cell phone use while driving leads to 1.6 million crashes each year with one our of every four crashes caused by texting and driving.

However in the U.K. traffic police are constantly trying to clamp down on cellphone use while driving and now cops have come up with a new way of catching drivers out and it may surprise you.

Their weapon in this fight is an unmarked truck and it’s being used by police in Wales.

The higher position gives the officers a much better vantage point and officers will be looking out for drivers texting and talking on their phones, according to Wales Online.

Officers use a handheld video camera to catch those breaking the law. In the U.K you can get six penalty points (12 or more points can lead to a driving ban) and a fine if caught using a cellphone while driving.

In some areas of England cops have been using two-story buses to catch people out.

In one week police in South Wales stopped 120 vehicles with 84 traffic offences reported.

In Kent, England, a similar scheme caught a man driving with his foot on the dashboard and in a country where most people drive a stick shift this is no mean feat, not to mention extremely dangerous. 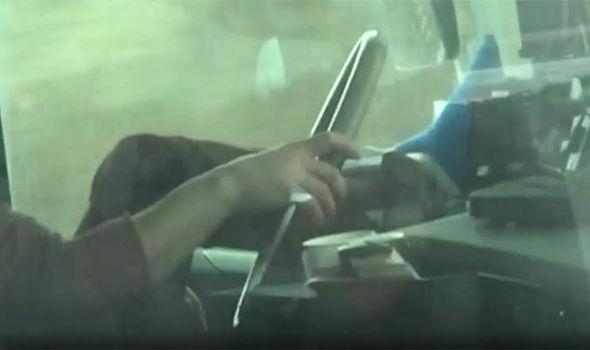 What do you think about people who use their cellphones while driving? Feel free to share your thoughts in the comments section of our Facebook page.