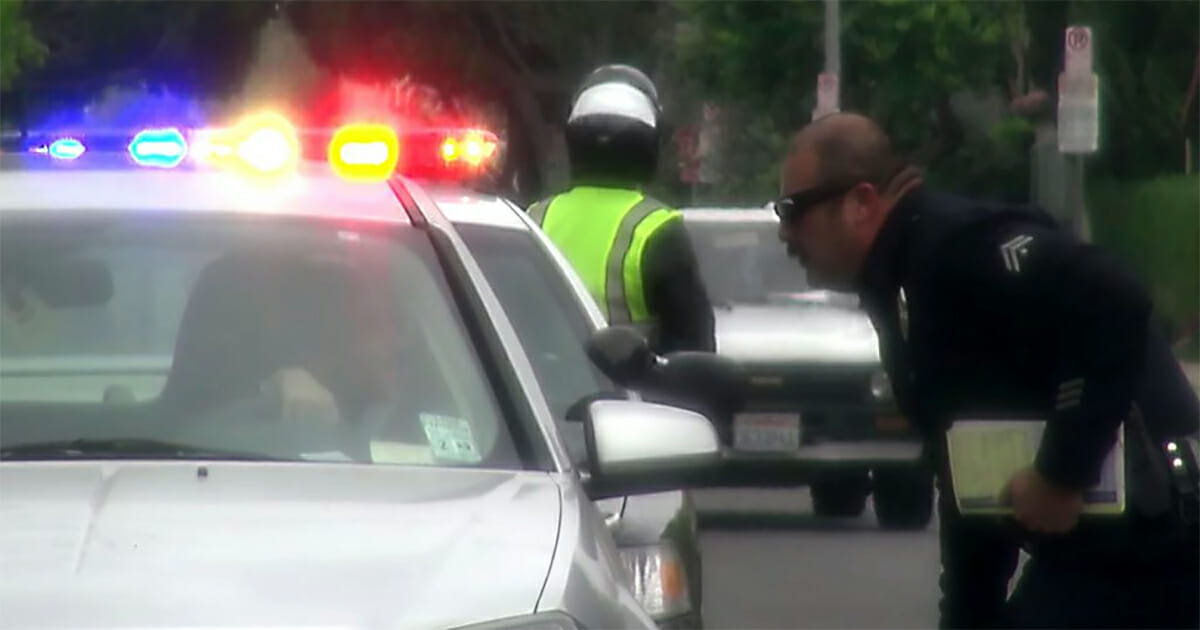 What most of us motorists dread is being pulled over by a traffic cop; if you see their lights in your rear view mirror, signaling for you to pull over, it usually means you’re about to get a ticket.

But for a handful of drivers on the road in LA, the officer that pulled them over was about to hand them something completely unexpected.

The patrol car followed each unsuspecting motorist through several streets, watching their every driving move. When the officer was suitably impressed with their skills he would flash his lights and pull them over.

Each driver had no clue as to why they were being pulled over and you can only imagine how nervous they felt.

Once they stopped, the officer got out and told them the reason they had been stopped was because they were responsible, law-abiding drivers.

As one car owner stared at the officer, completely shocked, the cop took out something from his traffic violation book and handed it to her. She reached out to take it—it wasn’t a ticket—and could hardly believe that the officer had just handed her a $100 bill!

A few of the drivers couldn’t stop laughing at the unbelievable situation, others were left gobsmacked and one woman was convinced that the officer was fake.

But he wasn’t fake. The Los Angeles Metropolitan officer was part of an initiative started by Break.com that was focused on the power of “positive pranks.” These drivers were part of the first episode, where safe drivers were rewarded for driving well – an acknowledgement rarely given by police.

The reward couldn’t come any sooner for one woman who needed the cash to fix her broken tail light.

Watch the video below to see these drivers’ hilarious reactions to the police officer with the prize.

Please share this with your friends and family and help bring a smile to their faces.