Cases of animal cruelty is always so heartbreaking to hear but I am so thankful for the animal heroes out there that tirelessly dedicate their lives to making positive changes in the animal kingdom.

In Romania, wild horses are often found with their front or hind legs chained to stop them from escaping.

When a vet from the organization Four Paws released one of these beautiful animals from her barbaric chains, he received quite the thank you. 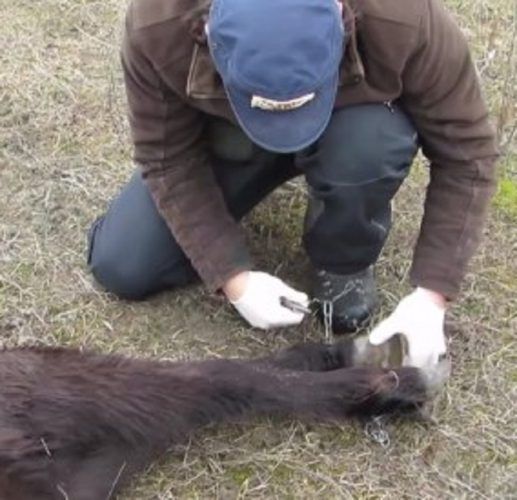 A video showing the moment when Four Paws’ vet Ovidiu Rosu was able to free a horse from its barbaric chains went viral… but it was the horse’s reaction that was so moving.

The horse was understandably nervous at first but Ovidiu took his time and his effort was not lost on the grateful animal.

As the vet works to calm the horse down and remove the painful chains, which have left marks on the horse’s legs, a member of the herd comes forward and touches his nose, as if to thank him for helping his friend. It’s so moving. 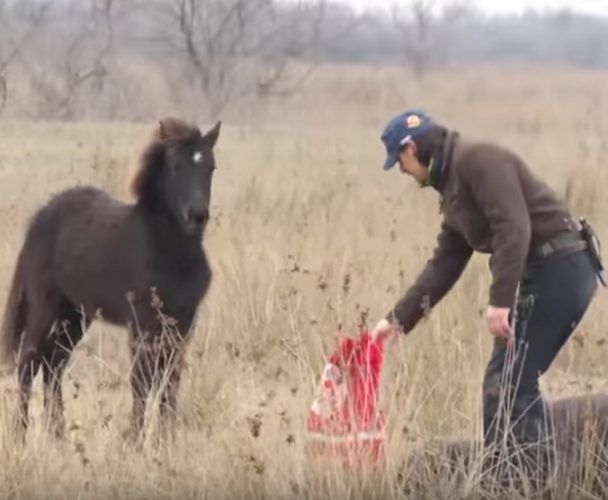 The Good News Is, Four Paws has been carrying out this animal rescue work for years. The video notes, regretfully, that this is “a typical practice in parts of Romania … to join the front or hind legs of horses with chains.”

According to Animal Channel: “These horses were first brought to Romania around 300 to 400 years ago by the Tatars. The Tatars left many horses behind, and they started roaming freely through the area. Many horses were also set free in 1989, after the agricultural cooperatives in the area broke apart. This led to a huge population boom—by 2010, there were as many as 1,500 horses living in the Danube Delta.” 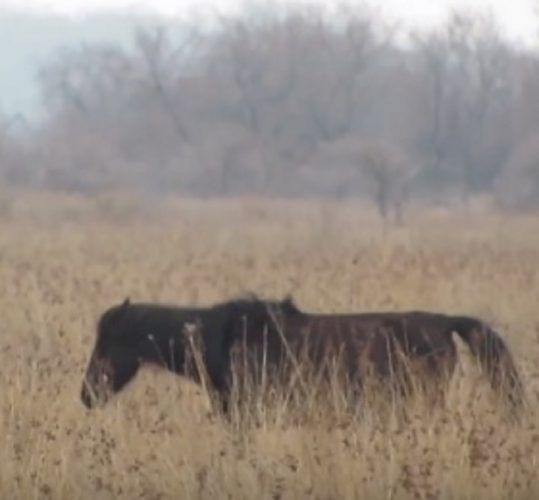 The horses ended up moving to the protected Letea Forest where their numbers became excessive and environmentalists and local authorities wanted to initiate a cull to control the population.

Four Paws stepped in and offered to carry out a program to give contraceptives to mares to help control the numbers. Their efforts have paid off as the 2017 aerial census found there were less than 500 horses in the Letea Forest.

The organization also gives the horses vaccinations and unfortunately finds themselves removing these painful chains that people insist on.

Watch the amazing work that Ovidiu and his team are carrying out in the clip below.

Please share to spread the wonderful and important work this organization is doing. No animal deserves to suffer this way.